Who’s at the top as gTLDs turn three? 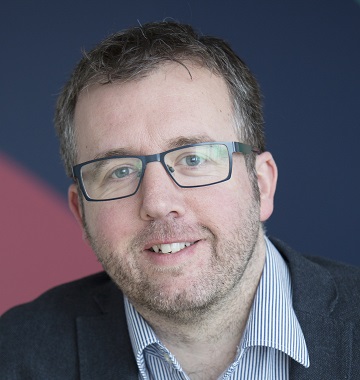 Has it really been three years since the first new gTLD (generic top level domain) were released by ICANN, heralding in a new era of tailored online platforms? This is not the only notable milestone in previous weeks – January marked five years since ICANN invited applications for new gTLDs – so it’s a good moment to appraise the gTLD market and note where the new trends are likely to take us in the coming years.

To mark the occasion, we have produced a top 20 ‘movers and shakers’ infographic to illustrate those with the highest number of registrations at 1 January this year, as compared to January 2016. This can provide some insights into the shape of the non-country-code domain market.

There are now over 1,200 new gTLDs available, with the three most popular – .xyz, .win, and .top – accounting for almost half of all registrations. These gTLDs have dominated the leader board for over a year, and while this may be due to the heavy discounts offered at various points, there is no doubt that other factors will have also influenced purchasing patterns. For example, .xyz had a high-profile marketing boost when Google Alphabet moved to abc.xyz (a third of all growth in new gTLDs has come from .xyz).

Beyond the top three’s dominance, it is interesting to note that the two new entries into the top 20 have both risen hundreds of places, representing a sizeable influx of interest in the past 12 months. Following a rise of 424 places, .gdn (Global Domain Name) is now at number 16, while .vip is at number ten after a rise of 612 places. The latter is from the portfolio of successful registry Minds and Machines (MMX) and the majority of sales have been in China.

China is a major player in the new gTLD market; the country is home to 43.1% of new registrants. This preponderance is in spite of the fact that new gTLDs must be approved for use within China by the government, and it is likely that many of the registered domains don’t currently have active content as their owners wait for the official green light.

Chinese registrants’ confidence is not misplaced, as the past few months have seen the Chinese government starting to approve the new gTLDs – .vip was one of the first to get the all-clear alongside .xyz and .club. A second batch – including .shop and .site – were approved in early January, and with 83% of registrants for .shop hailing from China, it will be interesting to see if the approvals translate into active content or if the China-registered domains continue to be held by portfolio owners.

We noted in a previous blog in 2016 that there was a huge interest in new gTLDs from Asia, but this trend appears to have eased. While China remains very active in the gTLD space, interest from the rest of the continent has cooled. After China, the next two biggest registrant areas are the USA and Europe. Japan is the first other Asian nation to make an appearance, but the country represents only 1.3% of new registrants.

While our top 20 chart can’t reveal this, there is a distinct shift industry-wide towards using branded gTLDs, with big brands gradually making active their registered, branded sites. For example, Google has started to use blog.Google and environment.Google, with many other Google-branded domain names waiting in the wings.

The brand making the most bold and active use of their gTLD is Bradesco, one of the biggest banking and financial services companies in Brazil. The company is using banco.bradesco on their letterheads, while their various .bradesco domain names support their advertising as well as help direct customers straight to the areas of the site they need.

Shifting activity to a branded gTLD is a delicate process, especially for financial institutions where customer trust is paramount. Companies need to raise aware of the new extensions and reassure customers that changes won’t impact their usage or access to their money. Migration to a branded gTLD is slowed by the security and analytical enhancements available when moving to your own platform. Many bank brands are active on their branded gTLD yet maintain transaction activity on their old domain. For example, Barclays has been using home.barclays as their main corporate international site since 2015 but the main transactional and operational site for Barclays in the UK – and the most visited – remains barclays.co.uk.

There are incentives for completing the process in due course though, as the branded TLDs offer owners and customers much higher security by being able to guard registrations and put safeguards in place to ensure the names are only used for legitimate purposes. This characteristic appeals beyond financial institutions, as cyber security and privacy become key priorities for all businesses.

The benefits of branded gTLDs continue: they are great marketing tools, offer a personalised web presence and access to analytics, and allow brands to maximise the commercial potential of their domain name. For all these reasons – and thanks to influential names like Mini and Philips using their branded gTLDs – it is likely that the trend will grow, already accounting for 34% of new gTLDs.

More generally, interest in gTLDs continues to grow with 40 still to launch – market share has more than doubled in a year, from 3.4% last year to 8.3% now. Although .com and ccTLDs have seen market share drop, the market as a whole has grown, suggesting that existing TLDs have not seen a substantial cannibalisation of registrations with the rise of gTLDs.

Does it say anything about wider society that .science has fallen but .tech is rising, or that the first domain name in a new gTLD to be registered in 2017 was sex.city? Likely not, but it does suggest that the wider business and marketing potential of the new gTLDs is being recognised as customers and web users become more aware of and enthusiastic about the possibilities beyond the dot.